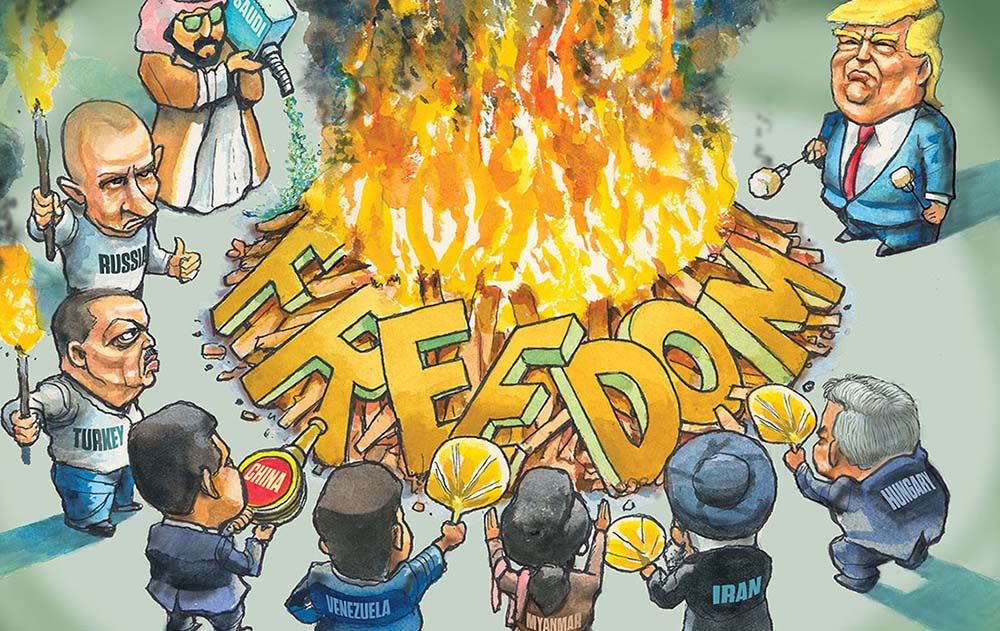 The United Nations General Assembly has adopted resolutions on democracy annually since 1988, and has reiterated the Millennium Declaration and the 2005 World Summit commitments to support democratic governance. Democracy is defined by the values of freedom, respect for human rights, and the principle of holding regular elections. Democracy fosters a civil society in which all individuals have equal rights and the ability to make decisions that promote their welfare. It also provides an environment that allows different views to be heard, and protects them.

The definition of democracy is complex, and there are as many forms of it as there are democratic countries in the world. No two democratic systems are exactly alike, and no single one can be considered a “model” of democracy. In general, democratic systems feature competitive elections, freedom of expression, and the separation of powers. Most importantly, however, democracy protects individual civil liberties. The United States is an example of a democracy. Its origins are rooted in the ancient Greeks, and the founding fathers of the United States made democracy a universal concept.

The word democracy comes from the Greek words for people and power. In its earliest forms, it was understood as a government based on the will of the people. In the late eighteenth century, democratically-based government was regarded as superior to monarchies in Europe. In recent decades, this view has been tempered. Today, however, the term “democracy” has become synonymous with ‘people’s power’.

Liberal democracy is a concept that defines a government where the majority does not hold power against the will of its citizens. It also includes the idea of free choice, which runs counter to absolute power based on tradition. It also involves the notion of voluntarism. In a democratic system, people can freely choose the government they want, without fear of being overthrown or censored. Despite this, the most important characteristic of democracy is the ability of citizens to speak freely and publish dissenting views.

Liberal democracy is a hybrid of political liberalism and economic modernization. It limits democracy to the richest, most developed, and best-educated nations. It is similar to the concept of social elitism in the national and international sphere. It gives enormous power to the middle class in America and Europe, while denying it to other nations and territories. This is, of course, not a true democracy. If we want to protect democracy, we must not allow it to be limited to elections.

The word ‘democracy’ has its origins in the Greek language, and derives from two smaller words that mean ‘people’ and “power”. This term suggests that democratic governments should share power and be able to respond to threats. The word is derived from the Greek demos, which means “people”, which is a derivative of the Greek word demos, which means “people.” In other words, democracy must be designed to survive the challenges it faces in its history.