The legal framework for democracy in Indonesia is generally open and unbiased. However, lawmakers remain skeptical of the capacity of voters to make responsible choices, resulting in an opaque system of local government elections. In 2016, the government introduced a new law that would require the presiding officer of the regional assembly to consult with parliament and the government, with the intention of allowing the poorest to vote. Activists are concerned that this move could lead to institutionalized discrimination against poor voters. 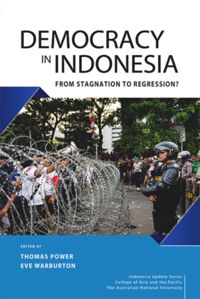 In June 1999, Indonesia held a general election to elect its first freely elected national legislature in more than 40 years. President Abdurrahman Wahid was elected fourth, with Megawati Sukarnoputri as vice president. Megawati’s PDI-P party garnered the largest share of the vote, beating Golkar, the dominant party during the New Order. Other parties, mainly Islamic, also won seats in the DPR.

Democracy in Indonesia is a thriving experiment in liberalization, with a strong military presence and a liberal, non-party political system. While Indonesia has a long history of military rule, it has also been a country of political freedoms. As a result, the country has been able to establish democratic power transfers between rival political parties in recent years. In 2014, the PDI-P returned to power after losing two consecutive presidential elections. Moreover, the 2017 General Elections Law stipulates that a party must hold 20 percent of parliament seats or 25 percent of the vote in the last election. While voters and candidates are free from undue interference, many former commanders have been involved in politics.

While this is a welcome development, the Indonesian electoral process is fraught with challenges. The country’s system of regional elections is characterized by corruption, nepotism, collusion, and money-politics. Despite the fact that it has consistently been a source of controversy in recent years, the Indonesian elections are considered free. The state’s political system is, at best, not completely free.

The electoral rules of Indonesia are based on an undemocratic utilitarian model that privileges bureaucratic efficiency over the rights of citizens. Despite the fact that the Indonesian elections are conducted at the state level, four out of ten incumbents are not re-elected, there is a plethora of other evidence of corruption in Indonesian society. This situation demonstrates that Indonesia has a healthy democratic political system.

Since the country was founded in 1945, Indonesia has become the world’s largest Muslim-majority nation. Its constitution does not include a state religion, though the country has no formal boundaries. A representative government, called a ‘president’, is a member of the government. A leader has the power to change the country. Nonetheless, a democratically-elected leader must have the capacity to make decisions in the best interest of the country.