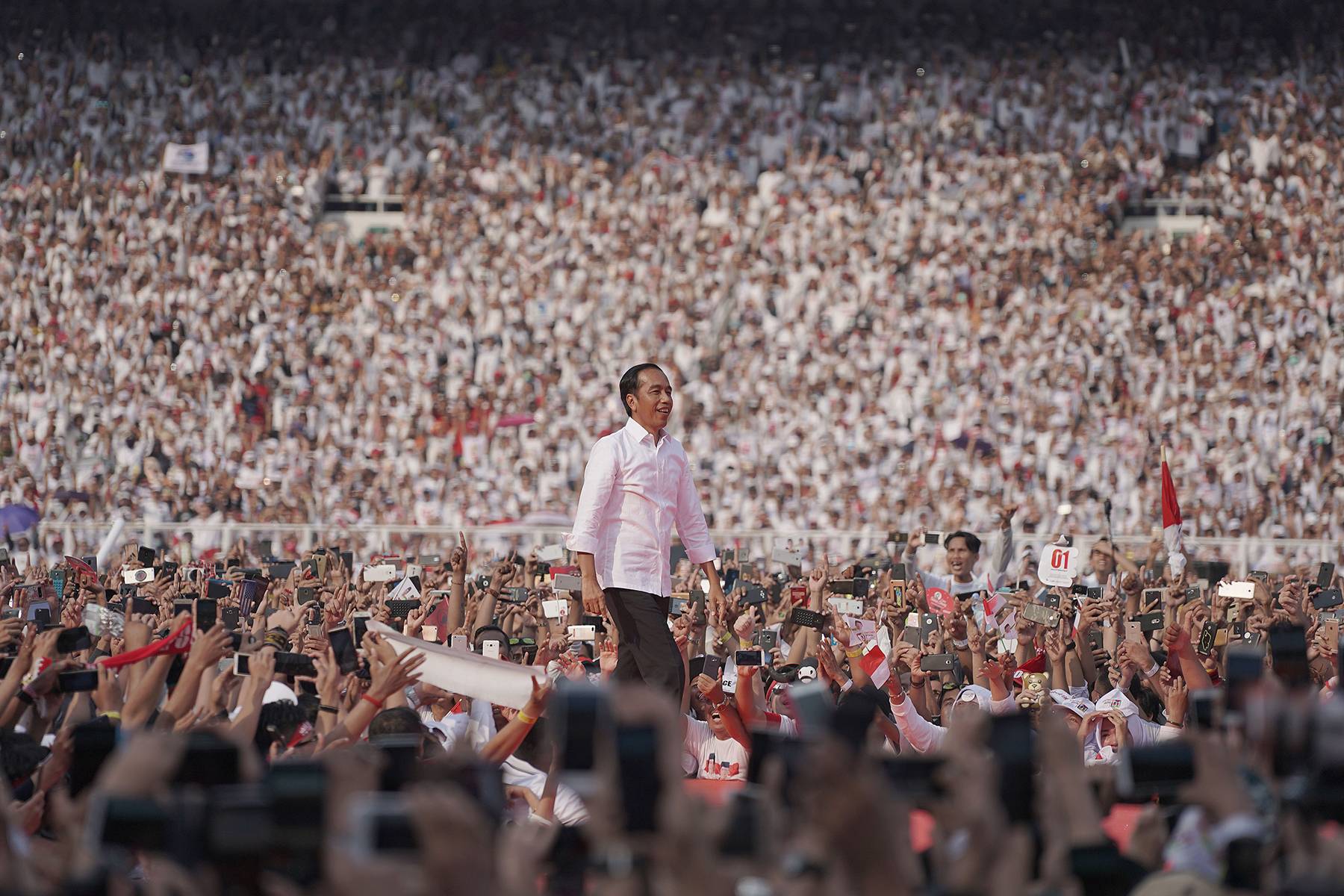 The electoral contests in Indonesia have historically been free of ideological conflict, largely because patronage has served as a powerful incentive to cooperate and compromise across ideological lines. In a nation where cleavages are largely socioreligious, this model of compromise undermines democracy, especially as it has largely wiped out the power of political parties. As a result, many parties have been willing to form coalitions with others, regardless of ideology, in an effort to win electoral votes or access to state resources.

Indonesia’s elections have also generally been free of rigor and violence. Since the last election in 1998, Indonesians have directly elected their national leaders four times. All of these elections were conducted in accordance with the Constitution, though one exception has been reported. In April 2019, President Joko Widodo was elected as president, defeating his rival Prabowo Subianto. The election was relatively smooth and free of irregularities, though Prabowo’s campaign alleged widespread fraud and vote rigging. However, the Constitutional Court upheld the election results.

While the country’s poverty rate has dropped by more than half since the end of the Indonesian Civil War, at least 10 percent of the population remains below the poverty line and forty percent is considered “vulnerable.” The World Bank notes that Indonesia’s wealth gap is increasing. The polarization is threatening Indonesia’s democratic institutions and its social fabric.

Democracy in Indonesia has been in transition since 1998, when the country passed decentralization laws that gave greater autonomy to regions. In 2004, direct elections for the national legislature and the President were held. In 2005, regional leaders were directly elected as well, with the first round of regional elections completed in 2008.

The legal framework for elections in Indonesia is democratic and the electoral authorities are generally considered impartial. However, some issues with the electoral process remain. While Indonesia’s parliamentary elections are largely free and fair, some legal provisions are problematic. For example, the country’s hereditary sultan in Yogyakarta is not a directly elected governor. Another issue is that the country’s ethnic Chinese are underrepresented in politics. Many of them abstain from voting, which can lead to a lack of diversity.

The National Human Rights Commission has no formal investigative powers and is not legally required to act on its recommendations. This has prevented effective prosecution of human rights violators, despite its recent reports. The media scene in Indonesia has also improved considerably, with a robust and independent press. Unlike in the Suharto era, Indonesian media outlets are free of government censorship.

The election in Jakarta had a dramatic outcome. After 22 years in office, Sukarno was ousted from office. His repressive rule led to a period of political turmoil and the emergence of the pro-Western “New Order” – with the help of a secular political party called the PRISMA (Presidential Referendum System). The country’s political system has made great strides since then, and many believe that Indonesia is closer to democracy than ever before.