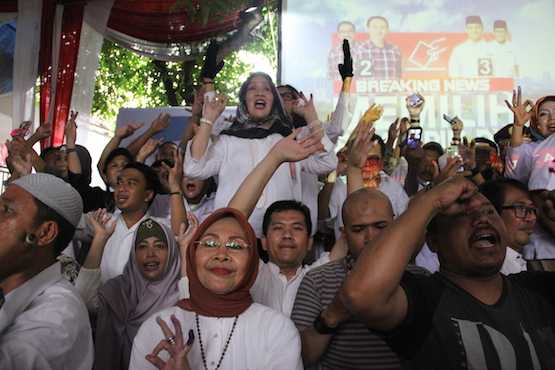 Twenty years after the Suharto regime fell, Indonesia is still grappling with many of the same challenges as before. While the economy has improved in recent years, the poor and vulnerable remain a persistent issue. The World Bank reports a growing wealth gap, and health and educational services are uneven. Radical sectarian elements have also emerged as a serious threat to the country.

The New Order, which came into power after a failed coup attempt, was supported by the public and sought to remove Indonesia from its history of problems since independence. It was largely based on the idea of the ‘generation of 66’, a group of young leaders and intellectuals who argued for the maintenance of political order while removing mass participation in the political process.

In the post-Suharto era, Indonesian politics has become increasingly polarized. Although the country is now home to a Parliament and a number of political institutions, it has not been without its share of challenges. Meanwhile, a number of nongovernmental organizations, particularly those devoted to defending human rights and the environment, have been established to promote and protect democracy.

One example of this is the new constitution in Indonesia. This constitution has weakened the country’s electoral system. Rather than electing representatives from local areas, local officials will now be replaced by appointees from Jakarta for a period of two years. This will create awkward situations and undemocratic elections in the near future.

The recent gubernatorial election saw a deeply polarized election. In addition to the tumultuous race for president, Indonesians also witnessed a resurgence of Islamist groups. Islamists in the country fueled an intense campaign against Ahok, a Christian and ethnic Chinese ethnic minority. The election saw hundreds of thousands of Indonesians protesting against Ahok.

The collapse of the Suharto regime ushered in a new era for Indonesia. After Suharto’s fall, the country entered a period of transition known as “Reformasi”. This period has seen Indonesia become more democratic and open. This process has also helped Indonesia to overcome its corruption problems.

However, a number of societal pressures have eroded the rights of journalists and publishers in Indonesia. Religious organizations, economic elites, and the military have all threatened journalists and publishers. The security forces have also been accused of censorship and violence. In addition, the media environment in Indonesia is vastly different than in the Suharto era.

In Indonesia, the political cleavage between Islamist and secular forces has deep roots. Political movements were mobilized on opposite sides of this divide before Indonesian independence. While proponents of political Islam seek to give Islam a larger role in society, pluralists support a more secular state that protects religious minorities. In addition, Indonesia’s constitution does not mention Islam but does outline the belief in one god as one of the five founding principles.