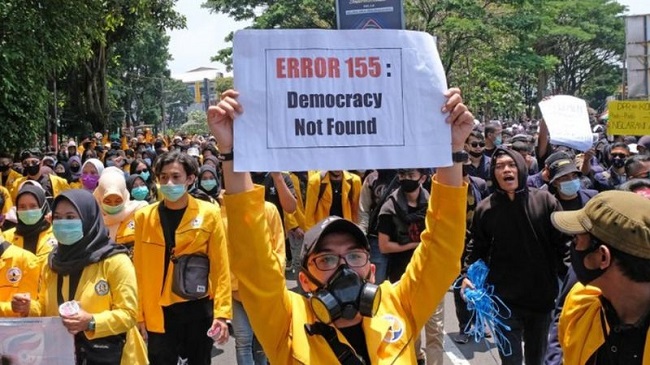 Indonesia has a long history of democracy and has made several attempts to strengthen it. In 2004 it began to elect the president and vice president directly. Since 2015, it has held simultaneous elections for regional leaders. On April 17, 2019, Indonesia will hold its first simultaneous legislative and presidential elections. The goal of the new system is to bolster the president and create a more representative government. Indonesia prides itself on balancing Islam with democracy, modernity, and women’s empowerment.

While polarization has been the norm in Indonesia, recent developments have indicated that the government can temper this trend. The Jokowi administration has repeatedly portrayed Islamist groups and actors as political threats, while purging its own bureaucracy of ideologically Islamist figures. The recent rapprochement between Jokowi and Prabowo appears to be part of the strategy to maintain the current status quo. Yet these tactics have done little to ease divisions among Islamists and pluralists.

Meanwhile, the House of Representatives is deliberating an omnibus bill to recentralize important investment decisions. Moreover, in less than three months, simultaneous regional elections will be held. However, the Election Supervisory Agency has warned that Indonesia is increasingly susceptible to pandemics. Currently, 50 of the 270 regions that will hold elections are classified as high-risk areas, compared to just 27 in June. All of these factors make the democratic process in Indonesia a complex one, and raise a number of questions.

Political parties in Indonesia have become increasingly diverse. Although Islam remains the dominant religion, there are also secular-nationalist and other ideologies that have entered the mix. In addition to Islamist and non-Muslim parties, Indonesian’s political landscape also features a number of smaller, but equally influential parties. The current political landscape is highly complex, and political parties must be careful to avoid any conflict or division in the country.

Democracies in Muslim-majority countries often find it difficult to develop democratic governance. Because of this, the opposition to secularism and Islamism are often bitterly divided and the military appears to be the better option. In Indonesia, the relative success of democracy is due to the national consensus that was achieved on major issues. The national consensus was that Pancasila (the state ideology) should remain in place while the political system transitions from authoritarianism to democracy.

Although Indonesia has had its share of problems throughout the history, it is still a democratic country. The Indonesian constitution allows for limited separation of executive, legislative, and judicial powers. As a result, the government is characterized as “presidential with parliamentary characteristics”.