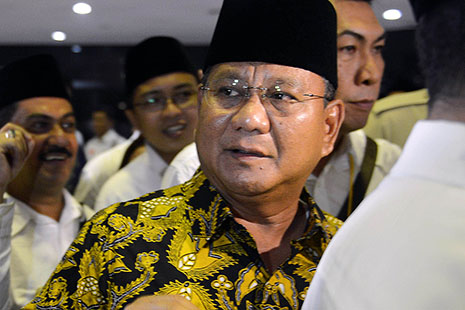 The effectiveness of the institutions of democracy in Indonesia varies greatly. Local government heads and the parliament are the most effective. Other institutions are moderately effective, but are handicapped by corruption and incapacity. The following is a brief review of the current state of democracy in Indonesia. To help you make an informed decision about the country’s future, it is important to first understand its current state of democracy. In this piece, we will consider the recent history of Indonesia’s democratic institutions and how they are functioning in the country.

Historically, Indonesians have been deeply embedded in social networks, often forming neighborhood associations and other organizations. However, this integration does not necessarily translate into a shared trust between citizens. There have been instances of violent conflict involving rival religious groups, and membership in neighborhood associations often increases polarization. The clash between village communities in Jambi in October 2020 was just one example of a recent clash in Indonesia’s northeast.

Indonesia’s democracy has long been hailed as a model of democratic persistence and transition. As it enters its third decade of democracy, a number of underlying assumptions need to be accepted. While comparative and historical scholars like Allen Hicken and Dan Slater consider Indonesia’s democracy to be healthy, they caution against partisan politics and electoral clientelism. For these reasons, this study will require you to accept several premises and do your own research before evaluating Indonesia’s democracy.

As a result of these challenges, Indonesia needs to reform its party financing and campaign finance systems. It is notable that a former minister of social affairs was a deputy treasurer of a government party and was responsible for fundraising for the 2024 elections. This demonstrates the ineffectiveness of the Indonesian party funding system, which provides almost no state subsidy to parties and fails to enforce oversight rules. Meanwhile, policymakers are dependent on siphoning state funds and are increasingly favouring oligarchs and executive leaders’ monetary interests.

The judiciary in Indonesia is not immune to corruption. While some officeholders are prosecuted, corruption remains widespread and is a recurring problem. Only a few of the country’s highest officeholders have been convicted for corruption in 2017.

Sukarno’s era was marked by instability, and the country was in transition after the fall of the former dictator. This period is known as the Reformasi phase. The transition to a more open political-social environment ushered in the post-Suharto era. While this phase brought stability, some skeptics have argued that Suharto’s leadership was visionless.

While Indonesia has a functioning state administration, it remains weakened by endemic corruption and poverty. Corruption remains a problem throughout the state, and the quality of administrative services remains poor. Provision of jurisdiction is also hampered by widespread corruption. Additionally, the taxation system is weak and only reflects a small percentage of GDP. Further, Indonesia’s geographic conditions make it difficult to create a modern economy.